It seems everyone is talking about responsive web design now a days, and with good reason; as the number of web-enabled devices continues to grow day by day – each with differing capabilities and features – it’s no longer sensible to build fixed-width websites.

In this article, we look at frameworks that will help you handle the challenge. Just like most CSS frameworks, all of the frameworks below will help you rapidly develop sites by eliminating the need to write basic CSS styles yourself, and they also come with a responsive layout helping you to quickly and easily create mobile-specific sites. 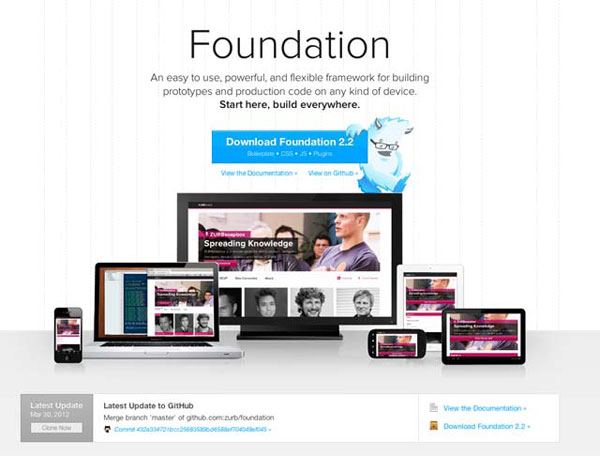 Foundation is a 12-column, future-friendly responsive grid framework that includes dozens of styles and elements to help you quickly put together clickable prototypes, that can then be adapted and styled into polished production code.

The Semantic Grid System is a responsive grid system that lets you set column and gutter widths, choose the number of columns, and switch between pixels and percentages without any ugly .grid_x classes in your markup. 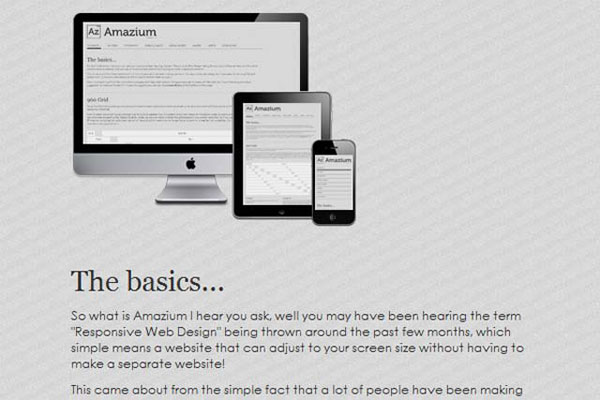 Amazium is a responsive framework based on a 960 grid system with 12 columns.

The responsive MQFramework, based on a 12 column grid, has been structured to suit different needs, be it from a new project to fitting into an existing project with very little changes to the code.

320 and up contains Media Query increments for five viewport sizes, a vertical grid, preset styles for typography and components from HTML5 Boilerplate.

The Fluid Baseline Grid System is an HTML5 & CSS3 development kit that provides a solid foundation to quickly design websites with ease. The FBG system was built with typographic standards in mind and combines principals of fluid-column layouts, baseline grids and mobile-first responsive design into a resolution independent and device agnostic framework.

Skeleton is a small collection of CSS & JS files that has a lightweight 960 grid as its base that seemlessly scales down to downsized browser windows, tablets, mobile phones (in both landscape and portrait).

The 1140px CSS Grid has been designed to fit perfectly with a 1280px screen, becoming fluid for smaller screens, beyond a certain point it uses media queries to serve up a mobile version. 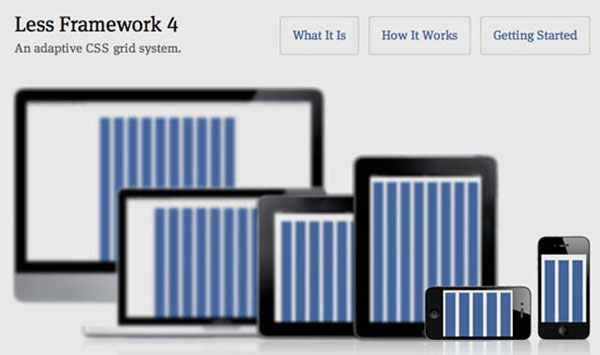 Less Framework is a CSS grid system for designing adaptive web­sites. It contains 4 layouts and 3 sets of typography presets, all based on a single grid.

The Goldilocks Approach uses a combination of Ems, Max-Width, Media Queries and Pattern Translations to consider just three states that allow your designs to be resolution independent. 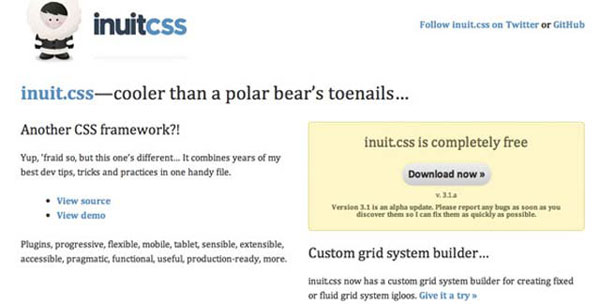 inuit.css is a HTML5 framework that uses a grid system that scales down to small screens ‘out of the box’. It’s a minimalist approach, giving you just what you need to get started without unnecessary styles, but it’s extensible and there are a range of handy plugins available for it — such as one that creates breadcrumb trails out of ordered lists.

BluCSS is a lightweight CSS framework designed with ease of use and simplicity in mind. It is also extremely responsive with four distinct stages: Desktop screen, laptop, tablet, and mobile.

Gridless is an HTML5 and CSS3 boilerplate for making future-proof responsive websites. You can easily create responsive, cross-browser websites with beautiful typography. It is simple and straightforward and doesn’t come with any predefined grid systems or non-semantic classes.

Columnal, a 1140px wide grid system, has been inspired by the cssgrid.net and 960.gs. The grid is divided horizontally into a series of 12 columns, and vertically into rows. 12 columns divide nicely into equal columns of two, three, four, or six columns.